dbnAudile designed and supplied a large ground support system for the “Games Time” outdoor stage spectacular, which played four towns – Skegness, Loughborough, Northampton and Derby – celebrating the spirit of the 2012 Olympic and Paralympic Games in the East Midlands.

The show, produced by Walk The Plank and Déda, was a mixed-media performance combining music, dance, video, lighting and pyrotechnics, directed by Lea Anderson and starring members of the local community. Four teams – Red, Blue, Green and Yellow – sporting fabulous carnival style costumes designed and made by Mahogany – competed to win the ‘Games Time’ Finale.

dbnAudile’s Stephen Page was asked to design the truss and lighting for the event.

dbnAudile invested in a new Slick ground support system for the series of shows, which for Games Time was built as an impressive three-sided trapezoidal shape, supported by six 12 metre high legs. Below this was the large chequerboard stage which supported casts of up to 200 people in each location.

At the same time, dbnAudile invested in a Broadweigh wireless wind and load monitoring system, which has been invaluable in enabling accurate up-to-the-minute assessments of how the structure is being affected by local weather and environmental conditions.

This is an essential aid for the safe administration of outdoor structures. 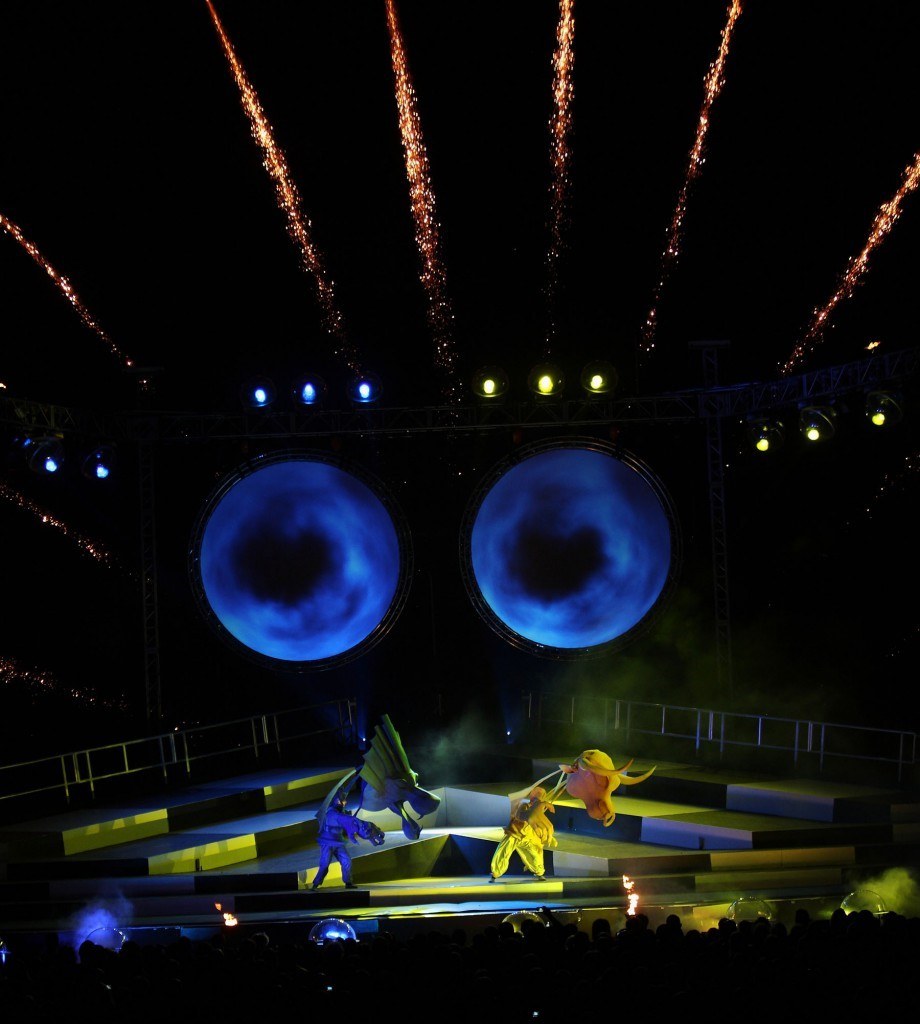 Page’s brief for the lighting was to enhance the choreography and highlight the amazingly vibrant carnival costumes, bringing a zing and effervescence to the whole production.

He utilised 12 Clay Paky Alpha Wash 700 and 12 Alpha Beam 700 moving lights together with 60 PARs for the majority of the stage and performance washing.

“It was all about introducing colour and richness with the moving lights to compliment stage washes from the PARs,” explains Page, adding that he also had to ensure that the lighting cut through the pyro smoke so the cast had a clear view of the performance space!

He used the full extent of the 9-50 degree zoom on the Alpha Washes for achieving good stage and cast coverage, juxtaposed with powerful slices of thin concentrated light from the Alpha Beams, which cut through brilliantly, adding another layer of texture and depth to the visual picture.

Molefeys were used around the top of the ground support to illuminate the audience, while the front ‘footlight’ positions were covered by 24 single PAR cans and 24 SGM PALCO LED floods rigged in the ‘pit’ area. The lighting rig was completed with four Elation LED UV PARs. 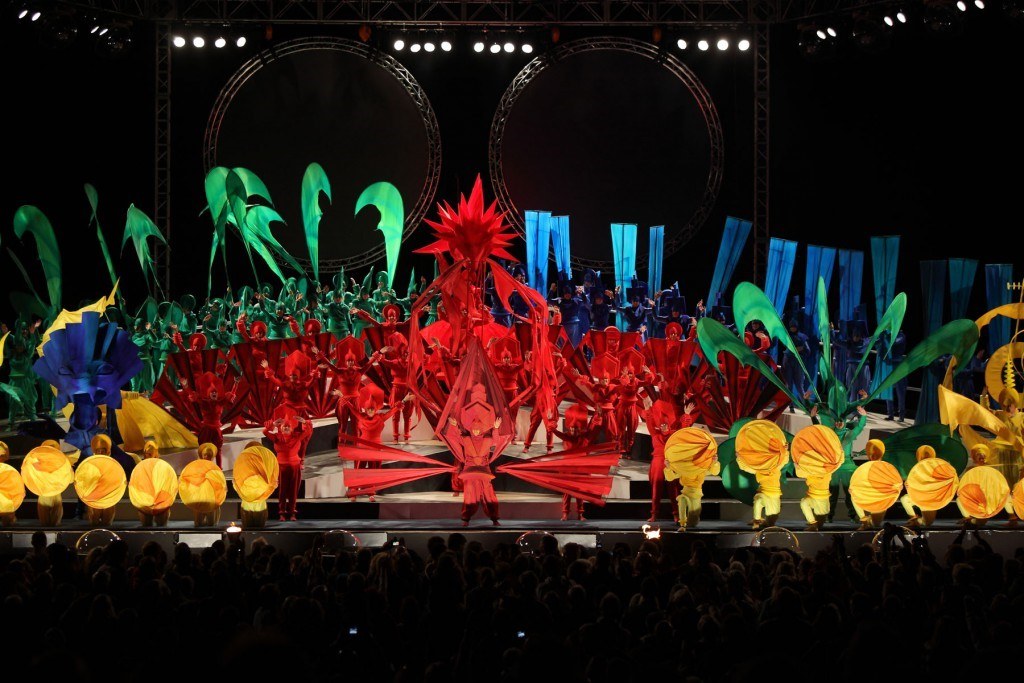 Page ran all the lights from a Jands Vista S3 console – small, versatile and convenient – this offered all the flexibility needed. He worked alongside dbnAudile technician Oliver Bracey and audio was delivered via a d&b Q-Series sound system from Tube UK.

“It was great to be working with the Walk The Plank team again and to be involved in a beautifully visual show that engaged the talents and interest of the local communities in each town”.